Halloween Costumes for Kids Who Love to Code

Published on October 14, 2021 | Posted in Computer Programming for Kids 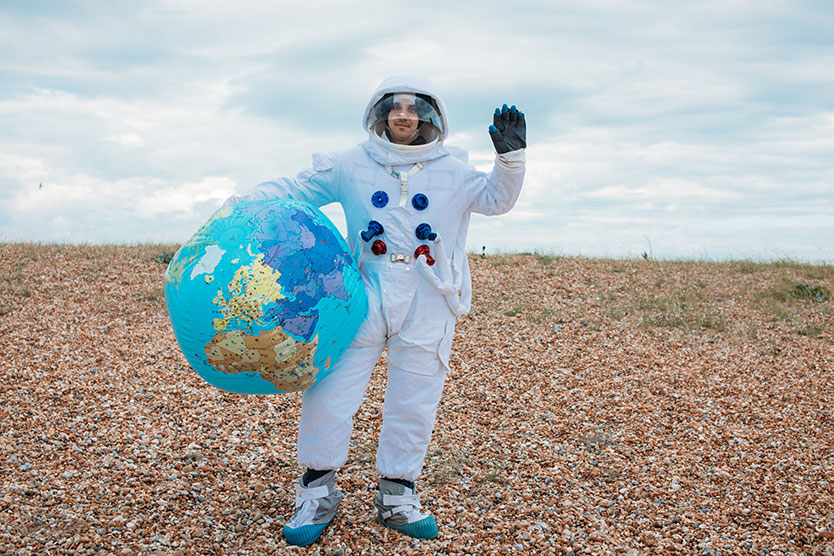 Between the costumes and the candy, every kid loves Halloween! For kids who love to code, it’s natural to want to combine their passions and dress up as some of their favourite characters from video games, TV, and STEM books.

If you’re looking for a few costume ideas, please read on for some inspiration.

Rosie Revere from the book series Rosie Revere, Engineer is a problem-solver who teaches kids that persistence pays off! Dressing up like her can be done using things that are probably around your home.

Fashion her red hair wrap with white polka dots DIY-style by gluing white paper circles to a red t-shirt. A little makeup will create her signature blushing cheeks, and put a pencil behind your child’s ear. White tights are a must, and you can her patented dress by fastening white and red ribbons over a white dress.

A black lunch box with “Rosie” written on it can complete the costume. Hopefully, you have something in your home you can use to round out the costume! Rosie Revere, Engineer is one of the most popular STEM books for kids, and if this is a book your child is familiar with, they’ll love dressing up as this young, future engineer.

2. The Thirteenth Doctor, From Doctor Who

Perhaps the science and STEM skills on the TV show Doctor Who stretch the truth more than a little, but when it’s on television, science just needs to be entertaining! Nonetheless, the Thirteenth Doctor from Season 11 is a very capable character who manages to build her own sonic, the ultimate device for getting out of troubling situations on Earth and beyond.

Her yellow suspenders, shirt with a horizontal rainbow stripe, and ankle-length raincoat can be approximated using clothes you can scrounge around and find. RP4K’s live online coding classes for kids are perfect for anybody looking to improve their STEM skills and build video games, apps, or websites, but they can’t show you how to build your own sonic or solve problems on other planets.

Some Halloween costumes involve fun wordplay, like dressing up as a “mobile app,” which involves walking around carrying an appetizer, i.e., an app, on a tray. Hence, an app with mobility, or a “mobile app.”

Wearing a pun type of costume is a handy way to partake in Halloween without having to buy something to wear necessarily. If you’re really in a pinch in the days leading up to Halloween and still don’t have a costume, find an old white shirt you don’t wear anymore and write “Error 404: Costume not found.”

Our classes teaching video game programming for kids teach children to think like an engineer, and lateral thinking involving wordplay is a fun application of such a mindset. At the very least, it’s a playful and proud way to wear nerdiness on your sleeve.

4. Beth Harmon from the Queen’s Gambit

If coding is math at work, chess is math at play. Chess isn’t always approached from a mathematical perspective, but the nearly unlimited number of possible permutations in a game and the type of thinking required has always attracted those with STEM skills.

The Netflix show The Queen’s Gambit was a hit in 2020, becoming the most-watched miniseries on Netflix in 63 countries four weeks after its debut. It’s a flexible costume since you can dress up like young Beth or as the older, more elegant and fashion-forward Beth Harmon.

Get that red bob hairdo and the skills to beat Borgov in chess and you’re set!

A white lab coat will make your child look like a generic scientist, but if you add a bow tie to the mix, suddenly you’re a famous TV science educator! Bill Nye the Science Guy, who is also a mechanical engineer, has captivated generations of children, and now yours can dress like him without going to too much trouble.

Wearing the clothes is one thing, but being a science advocate and an enthusiastic sharer of trivia completes the character.

If Bill Nye the Science Guy is, for many kids and adults, the most recognizable scientist, then Albert Einstein is the most instantly recognizable mathematician. All you need to dress like the man who coined “E = mc2,” among other great quotes, is a button-down shirt, a bow tie, and a mass of wild, unruly hair.

Whether this last step requires a wig or not depends on your child’s current haircut.

Even after 11 years, the video game Minecraft is more popular than ever, so the main protagonist Steve is a familiar face. Some elements of his costume are easier to put together than others.

The blue pants and teal shirt are simple. The pixelated face will either take some skill painting a cardboard box and fashioning a mask, but there are also ready-made masks with his face on it that you can buy.

Stuff your shirt with a blanket or down jacket to puff it out, and your child will look just like their favourite character. RP4K has offered the best programming courses in Toronto and now eight other Ontario locations for over two decades, and for about half of that time, we’ve witnessed Minecraft’s popularity take over the world, with 130 million people playing the game at any given moment.

RP4K can teach kids how to decompile Minecraft’s source code and mod it directly, showing kids to go beyond the game’s “creative mode” and turning the game into a real programming teaching tool. Whether you want to get deeper into Minecraft by manipulating the code or dressing up as the characters, RP4K has your back.

Halloween is always a wildly fun time for kids because who doesn’t love dressing up and eating sweets? Amid all the various challenges associated with COVID-19, hopefully, Halloween can be an enjoyable, memorable night. After reading these ideas for fun STEM skill costumes, consider signing up for online coding classes or taking a free trial lesson.