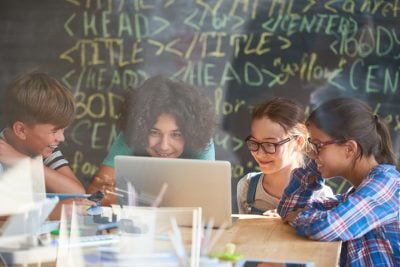 As one of the pioneers in providing computer programming courses to children, we're used to parents being skeptical of whether it's a good idea.  Every year our Real Programming 4 Kids team have people ask "But aren't computers too complicated?  Can kids really learn to program?"

In fact, we firmly believe that children should be learning programming at an early age.  After all, it's well established that children are best at learning new languages before their teenage years, and programming is a form of language.  That's why we accept children as young as 7, with computer programming courses which introduce them to the world of computers.

But that's not all.  There are plenty of reasons for childhood programming classes.

Four Reasons to Choose Computer Programming Courses for Your Kids

Schools, both public and private, are increasingly incorporating computers into their curriculum.  Children who have been working with computers directly from a young age are going to be much more comfortable in computer-based classrooms.  They would even be in a great position to be leaders, helping their classmates.

One of the biggest benefits of computer programming for children is that it introduces them to formal structured thought at a young age.  Programming is about breaking down ideas into step-by-step processes for making them happen, and that is a skill which has applications across many aspects of their lives.  Even when not programming, the ability to look at a task and be able to break it into steps is absolutely invaluable.

In terms of learning opportunities, computer programming is a 1-2 punch.  On one hand, it encourages logical structured thought - but that structured thought is being put in service to their imaginations!  When it comes to programming, if your child can imagine it, they can probably find a way to make it happen with a computer. Programming is a creative activity that goes beyond music or art as an "all brain" exercise.

Computer programming courses prepare your child for the future!  Contact us to learn more.