Published on October 21, 2021 | Posted in Computer Programming for Kids 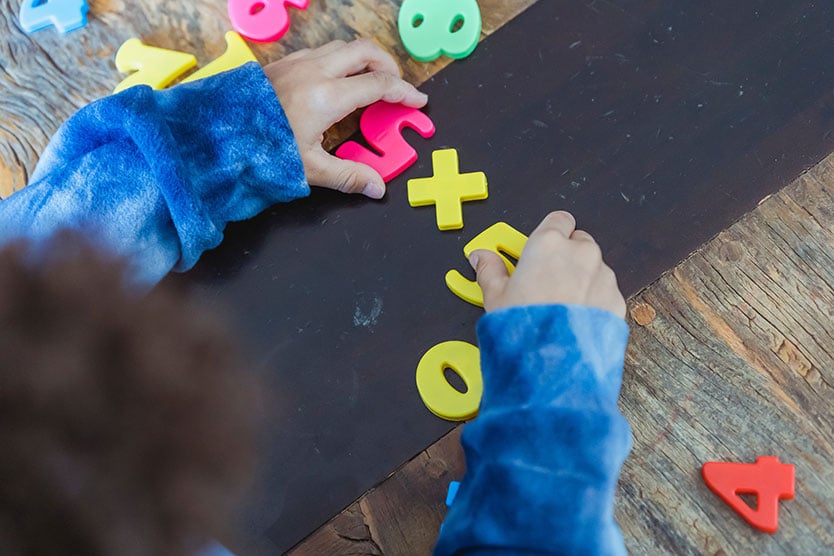 Sometimes people talk about STEM skills as if thinking like an engineer translates directly to a few math-related subjects. Learning doesn’t have such strict borders, and knowledge in one type of domain always leaks into other fields.

It’s understandable that parents want their kids to learn STEM subjects, so they’re ready to work with computers when they’re older, but the benefits are broader than they may realize. Let’s check out some of the different ways learning STEM skills help kids absorb a wide range of subjects.

Coding is a Language

Some languages are spoken languages, like French or English. Other languages like music or computer coding don’t strike people as “languages” in quite the same way, but there are reasons they fit the dictionary definition of the term.

Coding has its own syntax and rules. Children and young people are more adept at absorbing languages than their seniors, which is true of coding, too. RP4K is proud to teach the coding languages that professionals use in the field to build programs, websites, and apps that millions of people use daily, such as:

In this sense, coding involves different languages within its own field, but learning how to code has trickle-down benefits that will help children absorb more traditional languages more readily. If you want to pick up a new language or study deeply in one you already know, knowing how to code can only help.

Computer Engineers and Computer Scientists are known for approaching problem-solving methodically and systematically. They go step by step assessing what works and what doesn’t work, and even if they’re working on very different tasks or assignments, the underlying mental approach is similar.

Recognizing that making mistakes is a necessary part of trial-and-error thinking is a prerequisite in engineering and coding, so it’s crucial for children to learn. Understanding that mistakes are an inevitable part of the learning process helps people learn any subject, while not grasping this is often a considerable barrier to creativity that can hinder learning.

Rather than beat themselves up after making an error, engineers use the invaluable data errors produce to get back on track and solve the problem. Such a vital lesson has practical benefits in that they immediately help in problem-solving, but in a more general sense, they teach kids not to beat themselves up over a mistake, an impossible valuable life lesson!

That’s why learning to code improves your mind in concrete ways within a particular discipline, but also in a more holistic way that affects all your thinking.

Our online coding classes teaching computer programming for kids in Toronto and beyond are designed to be fun, but they also teach kids math skills so subtly they won’t even notice they’re learning fundamental math concepts! From simple counting, integers, 3D vectors and trigonometry, we embed math lessons in all our coding classes.

In fact, the founder of RP4K is a mathematician, so we know exactly how coding improves math skills for children of all ages and levels of experience. However, it’s also essential for extracurriculars to be fun and practically helpful, so RP4K knows to insert the math into the lessons while ensuring they are first and foremost fun for kids.

Kids need joy and inspiration in their lives right now, and most kids won’t exactly dive head-first into dull and dry math classes after school. Children’s medicine often has a coating to make it more palatable going down, and RP4K makes math fun using the same strategy.

RP4K is proud of the calibre of our teachers, usually Computer Science or Computer Engineering students with lots of experience in coding. However, we prefer to have younger and more relatable teachers than older ones who didn’t grow up playing video games because they weren’t invented yet.

It’s crucial kids learn from somebody who also grew up with gaming because our classes revolve around teaching children how to code their own games. Our philosophy is that it’s better for a mentor to combine subject matter expertise and first-hand experience relevant to kids rather than hire the world’s most experienced programmer to teach young children.

Confidence Stays with You

The RP4K online coding classes for kids revolve around creating their own video game, so they have a concrete achievement upon finishing that they can play with friends. Kids may surprise themselves with what they’re capable of, and the tangible sense of achievement this imparts will stay with them.

Domain knowledge is one thing, and of course, it’s crucial to teach children what they’ll need to know to become professional coders or work in countless other jobs. But the lessons they learn from coding about perseverance and what it feels like to personally accomplish something after hard work will stay with them no matter what they do later.

Hopefully, your child will encounter a computer course somewhere in their education. If they come to RP4K first, they’ll be more than a step ahead of their peers.

Some programs teach Scratch, which is really just a drag-and-drop tool that conveys what coding is like. We only teach professional coding languages, so even a six-year-old can learn to operate Python.

Learning how to program computers can be intimidating, and it’s difficult in large classrooms when students need to compete to get their teacher’s attention. RP4K sessions have a maximum of four students per teacher, so by the time your child begins taking coding classes in school, they’ll be more than ready to dive in.

In our world of advanced technology, parents are right to think teaching their children STEM skills will prepare them for whatever comes tomorrow. That doesn’t mean that’s all it’ll do! STEM skills also impart many subskills to help them in a variety of other subjects and in countless other ways in their daily life.