When you think of summer camps, you might not immediately think of computer coding camp... but perhaps you should!  For children with any interest in computers or video games, it can be an enriching experience, one which provides genuine life skills and job skills which could be the foundation for a lifetime of success.

Plus, childhood truly is the best time for a child to start learning programming - just like how it's the best time to learn a foreign language.  Coding camp is an investment in their future which can pay off in so many ways.

Five Ways Your Child Could Benefit from Computer Coding Camp

In the years to come, few skills will be as marketable as programming skills.  Nor is "programmer" the only relevant job title!  The ability to do some basic coding is a huge selling point in just about any field which involves computers, even if the job role isn't specifically about coding.

Have you ever worried that your child takes their computers/smartphone/games for granted, without really questioning how they work?  Knowing programming eliminates that concern.  If you know how to code, computers cease to be "magical" and can instead be well-understood.

From a developmental standpoint, one of the best things about coding is that it simultaneously teaches A)logic, B)language, and C)creativity.  Those are basically the foundations of almost all types of learning, and very few single activities engage so much of the brain at once.   Programming helps your child have a well-rounded mind which is capable of many things.

Modern programmers aren't loners working in their basements; they're part of large teams which pull in many different talents, all working towards a shared goal.  Programming as a group is an amazing activity for teaching teamwork, and it's another life skill which will pay off for the rest of their lives.

We can't forget the value of having fun. If a child is interested in computers or video games, they'll undoubtedly enjoy coding camp.  And learning is so much easier when you love what you're doing!

We have one of the oldest and most-respected computer coding camps in the world.  Give your child a head start and contact us to reserve a spot! 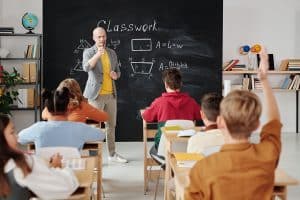 How Ontario Plans to Integrate Coding into the Curriculum