Published on December 20, 2018 | Posted in Computer Programming for Kids 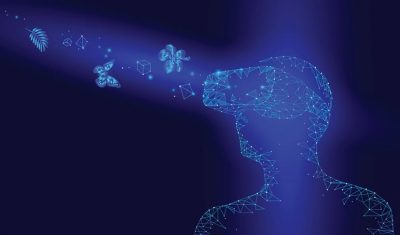 There are plenty of reasons that computer programming for kids in Ottawa can be beneficial, but one of the most important is how it can help shape and improve your child's cognitive development.  As a cognitive activity, programming is nearly unmatched.  It's a true "all brain" exercise that engages both the creative and logical sides of a child's mind, in a way that very few other activities possibly can.

These are just a few of the ways that your child's cognitive development can be improved by learning programming.

At the most basic, programming is about creating a step-by-step list of instructions for a computer to do something.  For younger children, this by itself is a major cognitive step forward!  Programming encourages them to think systematically, breaking a larger problem into smaller manageable chunks, and understanding how each step in a process adds up to a bigger result.

In most respects, the only limitation on what a computer can be programmed to do is the imagination of the programmer.  Programming is one of the most "freeform" activities a child can engage in.  If they can dream it, it can be programmed.  Graphics, animation, music, scripting, and more - programming enables all manner of artistic expression.

Child psychologist Jean Piaget strongly believed that a child learns best when their learning is self-motivated, rather than being forced upon them.  By pursuing their own interests, and learning because they want to learn, they gain intellectual independence as well as becoming comfortable with the process of learning itself.  Programming can easily enable this style of learning, thanks to how freeform programming is.

One of the biggest issues with children and technology is how so many children never question the hows and whys of the devices in their lives.  They know they can poke an iPad to make it do things, and that's the limit of their curiosity.  Programming knowledge prevents this!  Once they understand the relationship between devices and programming, they're far less likely to be complacent about the devices they use.

If you want to really encourage computer programming for kids in Ottawa, the best way is to send your child to a computer coding camp!  Contact us to learn more.