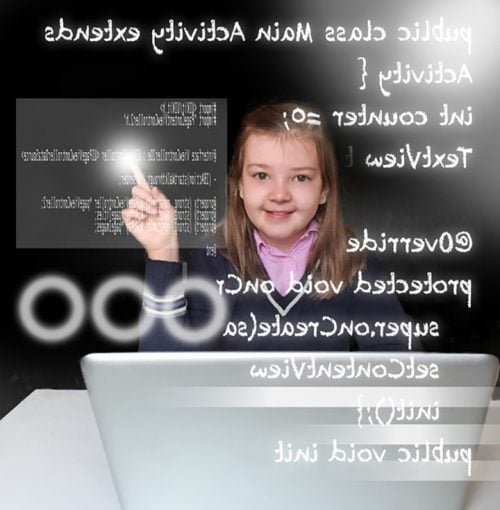 RP4K has over 20 years of experience teaching real programming for kids and teens!

During summer 2018 we have now introduced JavaScript into our roster of computer programming languages.

Each programming language RP4K teaches has unique educational benefits for children or teens.

Python: Facilitates object-oriented programming with easy syntax. Python code is also easy to read. It’s used for machine learning and even used in special effects in movies! Python also manifests in University Computer Science courses so its great to get a head start. Python is used in the marketplace including at Google, Facebook, Netflix, Dropbox, Spotify, Instagram and Industrial Light and Magic (Lucasfilm's VFX/Animation studio).

Java:  Is also an object-oriented programming language. It’s great for teens to learn Java since it gives them a head start on University programming courses that they will take down the road. It’s usually 2nd year University programming courses that involve Java. Java programmers are in demand in the marketplace and are paid well! Applications written in Java can be made accessible through a web page.  Java is used in Android Apps, games like Minecraft, Scientific Applications, and even large investment banks like Goldman Sachs, Citigroup, Barclays and Standard Charted use Java for their electronic trading systems.

JavaScript: The language of the internet. It’s in your browser! You can create visual effects with JavaScript! JavaScript is becoming the most popular programming language! C#: Is more complex than Visual Basic or Python. It is in demand in the marketplace. Errors are easier to find. C# was used for Microsoft’s Xbox and Sony’s PlayStation.  It is also object-oriented programming. C# is also a great basis for business development.  Microsoft uses C# in essentially all of their products.

What are the benefits of object-oriented programming? OOP promotes effective code reuse through inheritance and polymorphism. OOP is the type programming used in the real world, in both business applications and video games.
Parents sometimes ask us what are the benefits of using games as projects? If a person can learn to program games while young they’ll have no problem migrating to other projects when they’re adults. Why? It is because games use more math and physics than most business applications.
Written by;